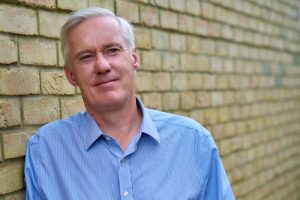 Clifford Lister started his musical education as a chorister at Winchester Cathedral, later winning a Choral Scholarship to The King’s School, Canterbury, and subsequently studying singing with Kenneth Bowen and the late Clara Taylor at The Royal Academy of Music.

Whilst at the Royal Academy, he moved from the post of ‘Lay-Clerk’ at Canterbury Cathedral, to a similar post at Westminster Cathedral, where he remained for the next 20 years. In November 2007, he decided that he would concentrate on teaching, concert work, and consort work with Cantores Missae.

Clifford continues to enjoy a varied career as a soloist, recitalist, and as a part-time member of the cathedral choirs of Canterbury and Westminster, with whom he continues regularly to perform. Nearer home, he is a regular soloist with many choral societies in the south east, and has sung all the mainstream Tenor solo roles in Oratorio.

The teaching continues to flourish at Christ Church University and Kent College, Canterbury, where his students currently include a number of the Canterbury Cathedral girl choristers.

25 years ago the Thanet Festival Choir approached him to take over as their Music Director. The prospect of coaching a large group of singers on a weekly basis was a rather appealing (daunting?) challenge, especially since the only group he’d ever directed before was a Junior Choir in a primary school. On the basis that nothing could be more demanding than a primary school choir of seven- and eight-year-olds, he accepted the offer, and has overseen our progress ever since, continuing to inspire us with his knowledge, experience and enthusiasm and bringing music of many genres and styles to an increasing number of people in this corner of East Kent.